Being pregnant is the biggest desire and happy moment of every married woman life. And this moment comes in the life of every girl, but it has often been seen that this happy moment is known either after a long time or due to some inadvertence and lack of information, the pleasure of being pregnant is missed.

But if the Pregnancy symptoms are known in the early days itself, then the moment of being pregnant becomes even more pleasant and golden.

So come, today in this article let’s make a successful attempt to understand the symptoms of pregnancy from the following topic list. But for this, you have to read the article till end carefully.

So, let’s solve this dilemma in a pinch and find out the pregnancy symptoms of week 1 to week 4.

Mucus is a milky (creamy) and viscous fluid that comes out from the vagina of the girl 3 times in a period cycle (approximately 30 days) at different times.

But if the mucus increases in milkiness, decreases in viscosity, and loses its stretchability, then it is the most quickly and easily visible pregnancy symptoms week 1.

(ii). Cramps and pain in abdomen and back :- 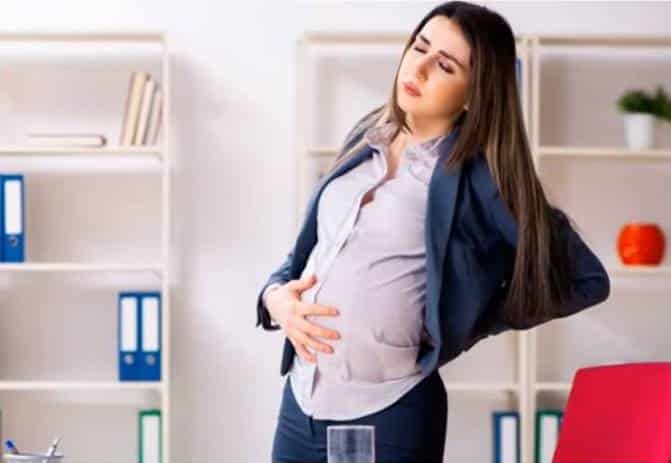 After 5 to 6 days of fertilization, the egg makes a place for itself by sticking to the wall of the uterus. And for the nutrition of the fetus, the circulation of blood increases due to the increase in the secretion of progesterone hormone in the girl’s body.

Due to which cramps and mild pain are felt in the lower part of the abdomen and waist, which is the most prominent and easily felt symptoms of pregnancy in first week.

After pregnancy, the size of the uterus starts increasing, due to which the pressure on the urinary tract increases and frequent urination occur. Which is a important symptoms of getting pregnant after missing the period cycle.

(iv). Excessive fatigue, swelling in the legs and frequent change of mood :-

Due to hormonal changes, there is excessive fatigue and frequent change of mood as soon as pregnancy occurs. During this, irritability increases in the girl/woman. Along with this, swelling in the feet and frequent vomiting that comes with swelling are common pregnancy symptoms of week 1.

(v). Suddenly feeling to eat a lot of sour and spicy food :- 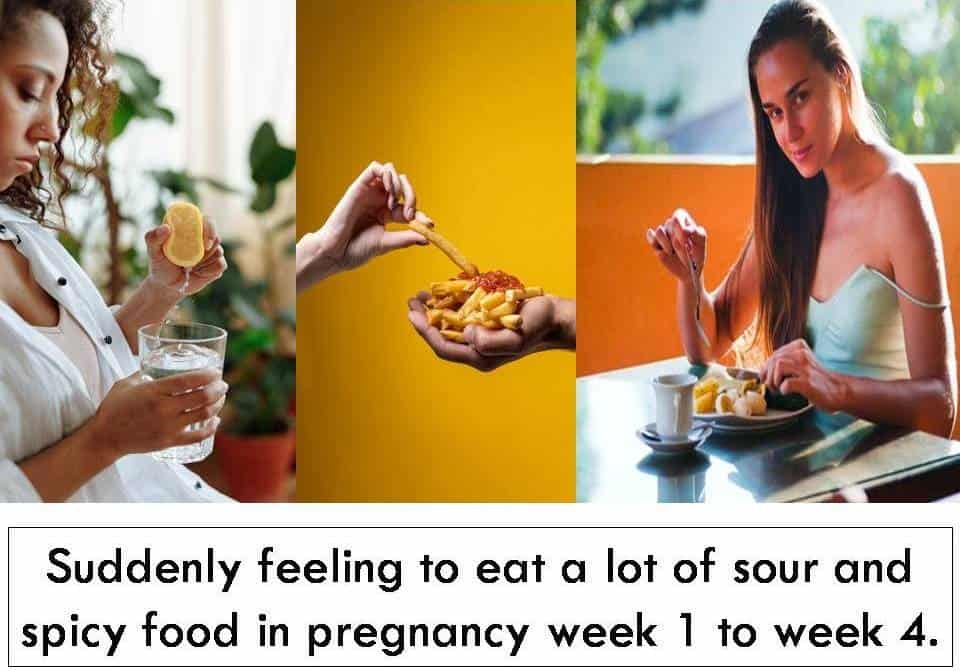 During pregnancy, the taste of the mouth becomes less and bitter. Because of this, one feels like eating something sour or spicy. Sudden increase in desire to eat pickles, water puris (golgappas) and spicy food are pregnancy symptoms of week 4.

(vi). Stretching in the breast and darkening of the color of the nipple :-

In this pregnancy symptoms, there is a feeling of stretch in the breast and pain is felt on pressing lightly, as well as the color of the nipple starts turning dark black. This symptoms shown in forth week of pregnancy.

If there is a persistent light headache and nausea with/without vomiting after having sex, theses are common 3 days pregnant symptoms.

If pregnancy has happened, then the period does not come in the next month. But it is only 50% of the symptoms of pregnancy, because sometimes due to physical and mental changes, the period cycle can be delayed by 15 to 20 days.

In this way, we can detect pregnancy from the above pregnancy symptoms. But for 100% confirmation of pregnancy, pregnancy test should be done.

2. When to use prega news for pregnancy test :-

Having sex on the day of ovulation, the after next 8 days, pregnancy can be confirmed by the prega news pregnancy test. This pregnancy test is done by girl’s first morning urine.

But the best and surest result of pregnancy is known after missed period from Prega News test.

For more information of ovulation and to find out the exact day of ovulation, be sure to also read the following blog.

Complete guide to getting pregnant.

Prega News Pregnancy Test is very easy and precision in finding out pregnancy. After pregnancy, the amount of HCG (Human Chorionic Gonadotropin) hormone in girl’s blood and urine increases. Prega news result are detect the Hcg hormone level in urine. The level of HCG hormone measure from a urine sample by pregnancy test kit.

The pregnancy test kit consists of a white stripe and a dropper. To do a pregnancy test, first collect some amount morning first urine in a clean container. Then 2-3 drops from the dropper have to be put on the sample well of the urine strip. And now have to wait 1 minute for prega news test result. 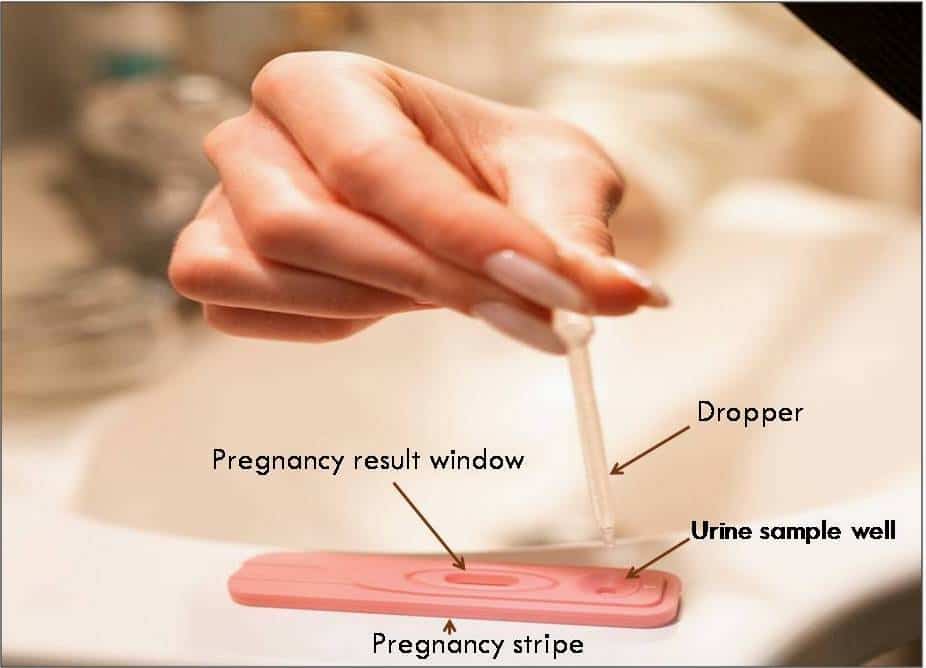 After pregnancy test there are 3 tpes of prega news test results shown by prega news kit.

In 1 to 1.5 minutes, if you start seeing 2 pink colored lines on the result window of the strip, then it is a good sign of pregnancy. And your prega news test result is Positive. Which confirms the pregnancy. 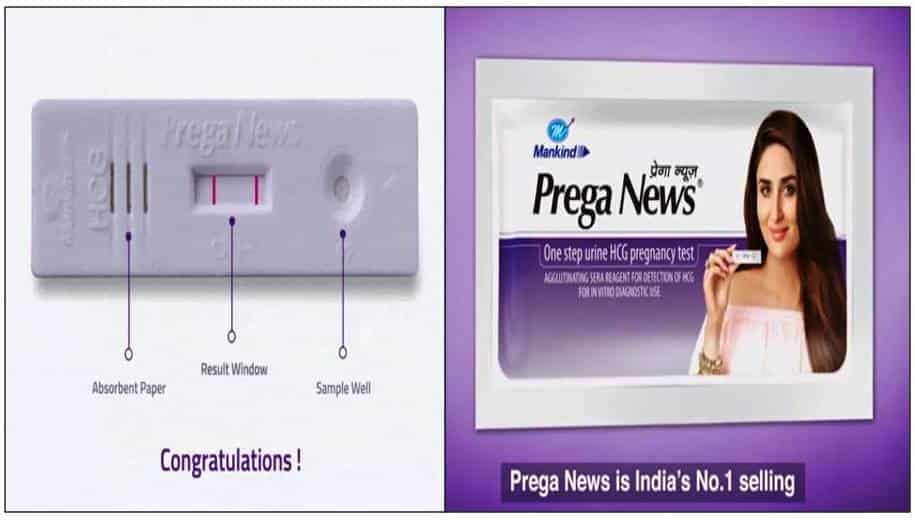 But if only 1 pink line is seen then it means Prega news test result is negative and pregnancy has not taken place.

Keep in mind that the Prega News pregnancy test should be done with the first urine of the morning because the amount of HCG hormone is high at this time, which is the base for knowing the pregnancy.

5. How to check pregnancy at home naturally :-

Apart from Prega News pregnancy test, there are many home remedies which have been used to detect pregnancy since ancient times. So, let’s understand these tips as well.

Salt pregnancy test is very popular and easy medium. The basis for this is also to check the level of HCG hormone.

To do a salt pregnancy test, collect about 50 ml of the first urine sample of morning time in a clean container. Now put 2 small spoons of plain salt in it and leave it for 3 minutes. If foam is formed in the mixture of urine and salt, then this pregnancy test positive. But if there is no foam then there is no pregnancy.

Sugar pregnancy test is also done with morning first urine sample. Take a sample of about 50 ml of urine in a clean vessel and mix it well by adding 2 small spoons of sugar. And wait about 3 minutes, if the sugar does not dissolve in the urine and the sugar sticks and collects, then the pregnancy test is positive. And if sugar dissolves in urine then pregnancy test is negative.

The above  pregnancy test at home are very helpful for finding out pregnancy. But for 100% confirmation of pregnancy, do pregnancy blood test and sonography on doctor’s advice. 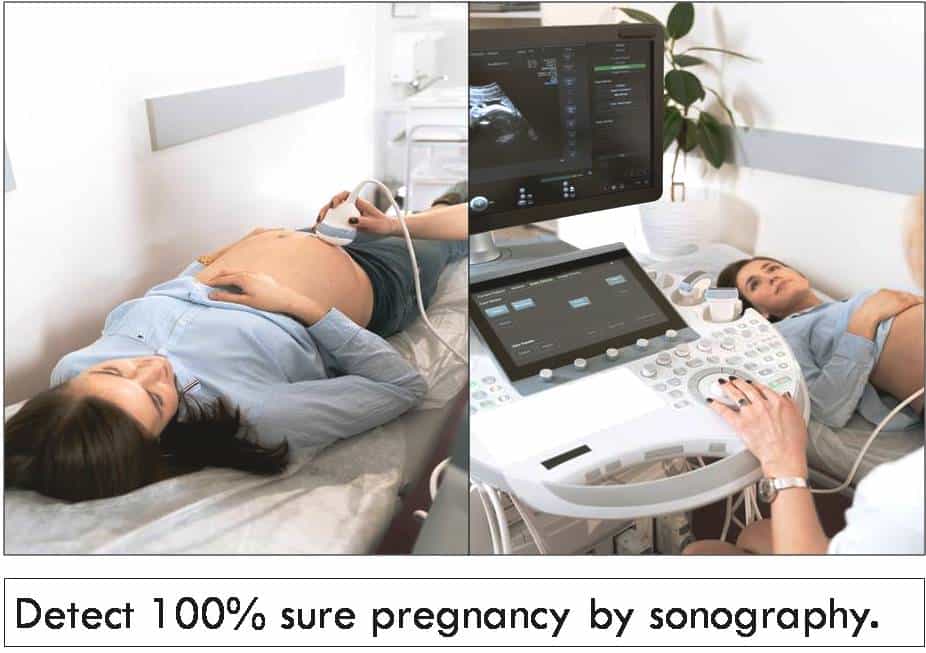 In this article, we have understood the symptoms of pregnancy in detail very well. Hope you liked the blog. Your valuable suggestions are invited in the comment box to make the article more better.